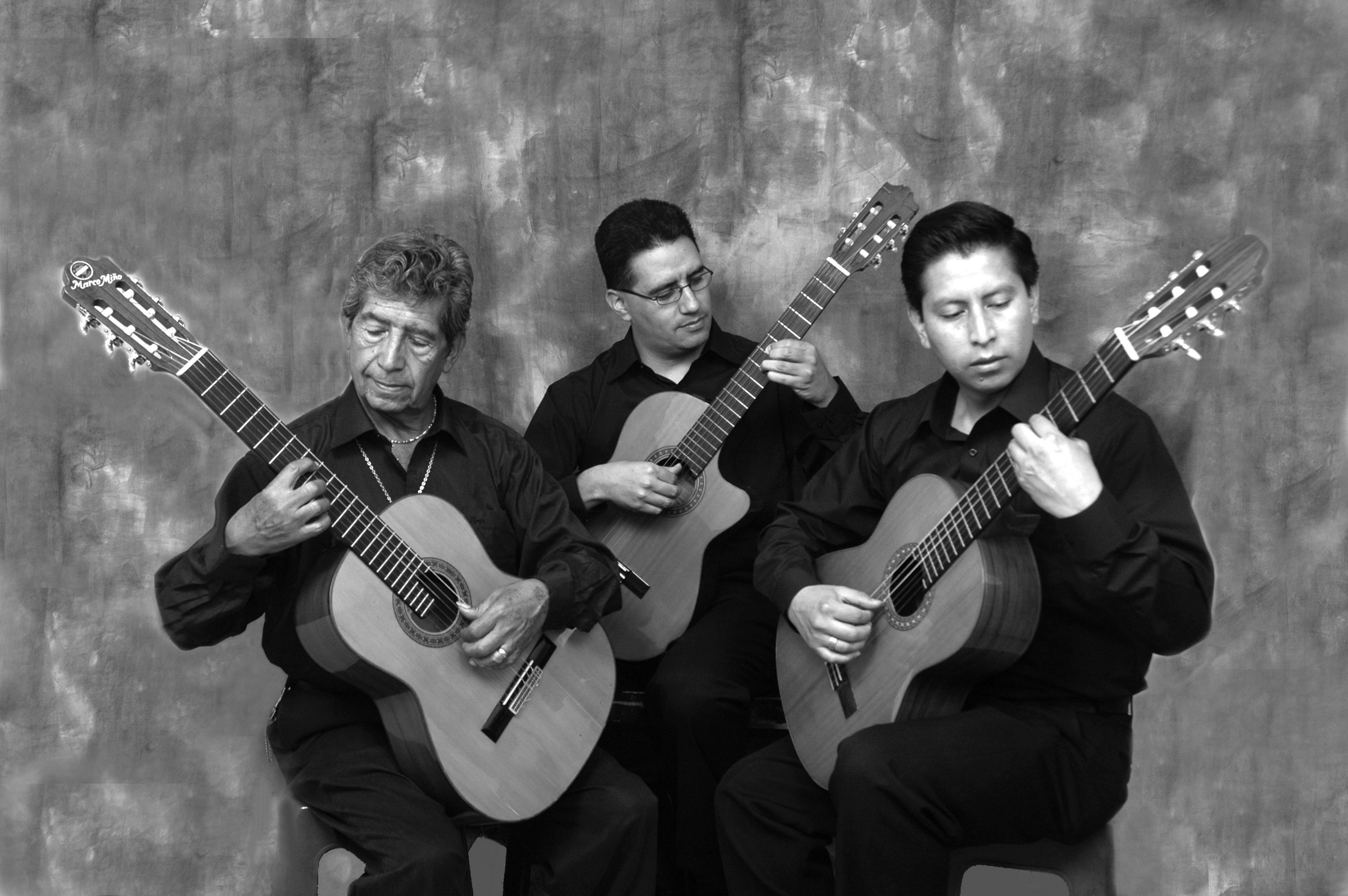 Three guitarists in South America-Ecuador Riobamba, Ecuador interpret the music with skill and own arrangements. They are: Marco Miño, Pablo Miño and Orlando Huaraca. Musical group created in 1995 by joining the strings that have imprisoned the beautiful harmony of the soul made in the enchantments Ecuadorian lit the snowy crags of the Andes.

The artistic development of individual members of the String Trio and fully guarantee the solvency Hummingbird interpretation of their works. His music has been recognized in all the national and international locations where there have been, in the U.S. were nominated ¨Ambassadors cutura Latin from the University of New Mexico¨, who have known title corresponding with any responsibility for their actions. The listener has recognized the musical work embodied in two CDs with works by Ecuadorian musical texture of the soil with their roots deep intimate music.