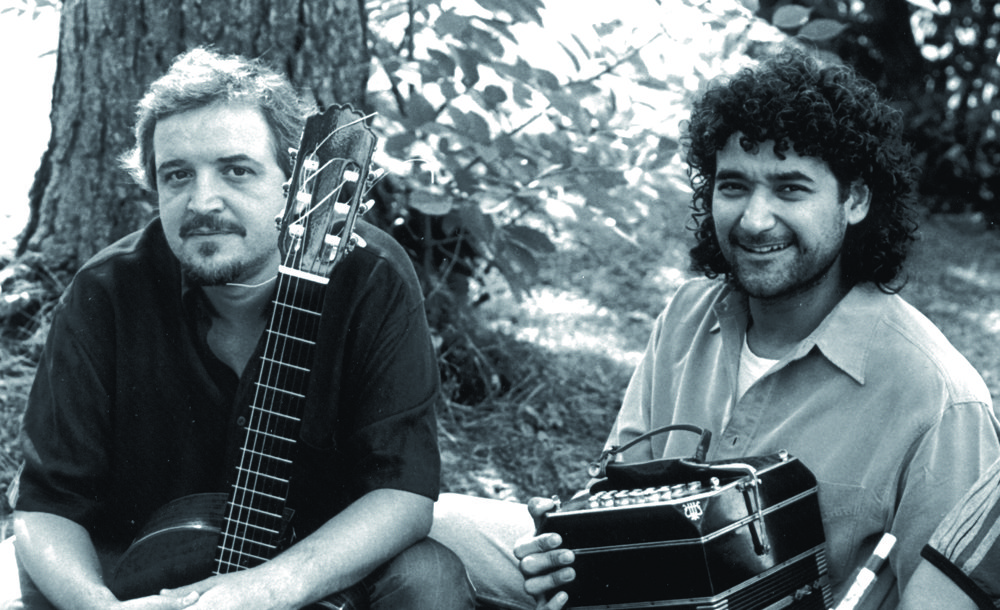 They met for the first time in Berlin in 1997. They started playing the tango as a duo and in other bands too. They gradually added their own compositions to their repertoire and today nearly all the pieces they play are their own.

Carlos Dorado was born in Buenos Aires, in Argentina. He studied the guitar and composition in Mar del Plata and Buenos Aires and currently lives in Switzerland.
He has released 5 CD’s of his own compositions and given concerts in festivals in Germany, Argentina, Austria, Spain, France, Greece, Hungary, Mexico, Peru, Sweden, Switzerland and Venezuela.
Carlos Dorado’s music is basically inspired by Argentinian folk music and various South American rhythms mixed with jazz. He uses around 30 different guitar tunings which extends the range of the traditional guitar in search of new colours and harmonies.

Gilberto Pereyra was very young when he took up the bandoneon and thanks to his father, an amateur bandoneonist, was influenced by popular Argentinian music.
From 1974 to 1981 he studied the bandoneon with Julian Gaio and Domingo Mattio, and perfected his technique with Nestor Marconi. In 1982 he created the Sexteto Menor with whom he performed in the biggest tango concert halls in Buenos Aires.

In 1991 he settled in Paris and was appointed conductor and arranger at the “Trottoirs de Buenos Aires”. In France he is regularly invited as a soloist with the musicians of the Orchestre de Paris. Since 1999 he has been performing with soloists of the Royal Opera House and has taken part in many festivals with Milva, Sting, etc.